April Fool’s email campaigns are perfect for promoting your brand creatively because customers will be more interested in your products or services if it brings them positive emotions. Do you remember this brilliant Fool’s Day joke by Google when they announced Google Nose release? It was really impressive as people were supposed to search for certain smells by sniffing their devices. Users hoped they could discover the smell of anything they search on the Internet, but it was a really masterful prank.

Many people smelled their screens, but when they got the hang of the joke, they were so impressed that it gave Google a lot of engagement. The present has been viewed over 10 million times, proving the success of a well-executed April Fools’ campaign.

Now you can see that April Fool’s Day is a great opportunity for companies to promote their products. But even more than that, it’s the perfect setting to increase brand notoriety and awareness.

The importance of April Fool’s Day

All Fool’s Day is beloved by many people and companies for the positive energy and happiness it brings into our lives. This holiday originated in the West but has spread globally, and now we celebrate it on April 1st. April Fool’s Day originated from France, and those people who kept celebrating New Year in April using an old calendar were called “April fools.”

Businesses make use of April Fool’s Day by playing pranks on their customers in order to entertain and engage them.

Why are April fools emails so popular nowadays?

We live in a digitalized world, and especially during a pandemic, purchases became one of those aspects of our lives that is better online. Quarantine restrictions made people all over the world rely on online services and spend most of their time on the internet. Ecommerce businesses, free shipping, coupons, discounts, and other useful services such as VPN for Amazon Prime are more important now more than ever.

The April Fools email is an excellent idea to reduce stress and lighten the mood. The potential clients will appreciate your creative attempt to make their daily routine a bit more fun, and they will enthusiastically discover your products.

But how to make your promotional April Fools email successful? Here are some tips to enhance engagement and boost your brand.

We have selected for you the most interesting versions of emails made for All Fools Day. Find inspiration for yours on the eve of this fun day.

With the UberLIONS service, the company promised to deliver lion cubs to those who wanted to go around with lions for one day. This wonderful email helped raise awareness for a real cause that National Geographic has been promoting to help save wild cats. The Overstock’s subject line was saying: “Are You The Victim of an April Fool’s Prank?” that pleasantly surprised the receivers. The company’s approach was quite creative: instead of pranking people, they decided to use the opposite method. Assuming that they had already been pranked on April Fools’ Day, Overstock.com wanted to relieve customer’s pain. They offered discounts and special April Fool’s products, including “Whale Tea Leaf Infuser.” In 2020, most companies refrained from sending an April fool’s day email. This was due to the obvious reasons: people were already feeling like they were living in a joke! The world was upside down and no one knew what to expect from the future.

Other companies decided to send April fool’s emails, but with a twist.

Time to get your groove on! 💿

As you can see in this email above, back in April 2020, Dia&Co sent their customers a fun, harmless joke about a new album created by the brand. The “Get Your Free Album!” CTA redirects subscribers to a Spotify dance playlist.

One day afterward, Dia&Co sent out a follow-up email, thanking their customers for playing along.

Thanks for playing along! Last year, many brands decided to prank their customers. Their April fool’s emails were turned into a promotional email campaign, with the aim of delighting customers with a discount or a sale, instead of risking offending them.

Halftee sent out a promotional email with the perfect copywriting:

We think 2020 has has it’s share of tricks already, we thought we’d skip Aprol Fools.

Their sentiment summarized what many of us were feeling last year- and maybe even until today.

So if your marketing team is still hesitant about sending a jokey email for April fool’s in 2021, consider sending a promotional email like this.

Just like their competitor, Coldwater Creek sent out a simple promotional email on April Fools day. Accompanied with the appropriate email copy about rubber snakes and whoopee cushions, this email counts as an April Fool’s day campaign. This April Fool’s email is pure gold! The company had an out-of-stock situation for one of their most popular products. This unforeseen circumstance happened exactly on the 1st of April.

The brand decided to inform their customers about this situation with a funny email, acknowledging the context of April fools.

We’re Not Fooling Around: Grab your Elmhurst Oat by Sunday, April 5! 🚨

We’re Not Fooling You 😉

Redbox launched an email campaign on April Fools day that made people familiar with their new product named Petbox. The email included a link to Twitter where people could share their impressions regarding this amazing innovation. This April Fools’ email gave the company a lot of engagement on Twitter thanks to the pet-related movie titles. The American clothing and accessories retailer made their bet on customers’ attention to detail. Pranking seemed to them a bit outdated way of marketing, and Banana Republic opted for an eye-catching GIF that turned the mirrored letters of “This Is Not a Joke” forwards and backward. People were more interested in deciphering the words rather than reading the usual phrase, so it gave the brand a good profit.

The Bonobos store chose a tactic of pranking, using a compelling giveaway that enabled people to get a mini-pony. The email contained a link redirecting customers to the explanation of this April Fools prank. Such a funny campaign helped the brand to acquire a lot of engagement and what’s surprising, a few complaints from those waiting for a mini-pony at their doorstep. Repetitive subject lines of the letters sent on April Fools day look boring and discourage people from opening and reading them. Find many captivating subject lines in the list below and create your unique version:

Choose your creative way to boost sales on April Fools day with the help of emails. Follow the simple tips presented in the article and do not be afraid of experiments, as uniqueness and creativeness ensure success. 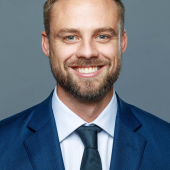 Oliver Smith is a talented writer and editor. He specializes in content related to digital marketing, SEO, SMM, and eCommerce. Also, Oliver is a freelance guest post writer and an enthusiastic blogger who helps B2B companies reach their audiences more effectively. What Do Scalable, Fluid, Responsive and Hybrid Email Design Mean?